Igor Stefanov
CEO @ SRG CRO & A Kingsman @ ACROSS Global™
As a matter of fact this is an updated version of my old post. An Up-to-dated Repost…

Seventy years ago, when TV became widespread, pundits said it would replace all the other arts and media: books, newspapers, radio, theater, cinema, all of it. Some claimed that in 20 years there would be nothing but the television. Television was a true disruptive innovation, but it didn’t kill everything. Not even close…

In 1962, Everett Rogers published his Diffusion of Innovations theory. It basically said that not everyone adopts innovations at the same pace. In the 1980s, some people (Innovators), were walking around with massive cell phones but there are still consumers who have nothing but a landline phone that plugs into the wall (Laggards).

The Theory was further developed @ SRG. It has a working name of The Universal Cyclic Theory of Innovations. I trust you’ll find the below details of interest.

This theory can help to explain how quality changes over time, i.e. during one disruptive innovation cycle (which is called Innovation Sprint). You can see that quality approaches its maximum when the early majority is just about done adopting an innovation, and roughly half the market has been captured. This is when copycats step in and overall quality starts to decrease. 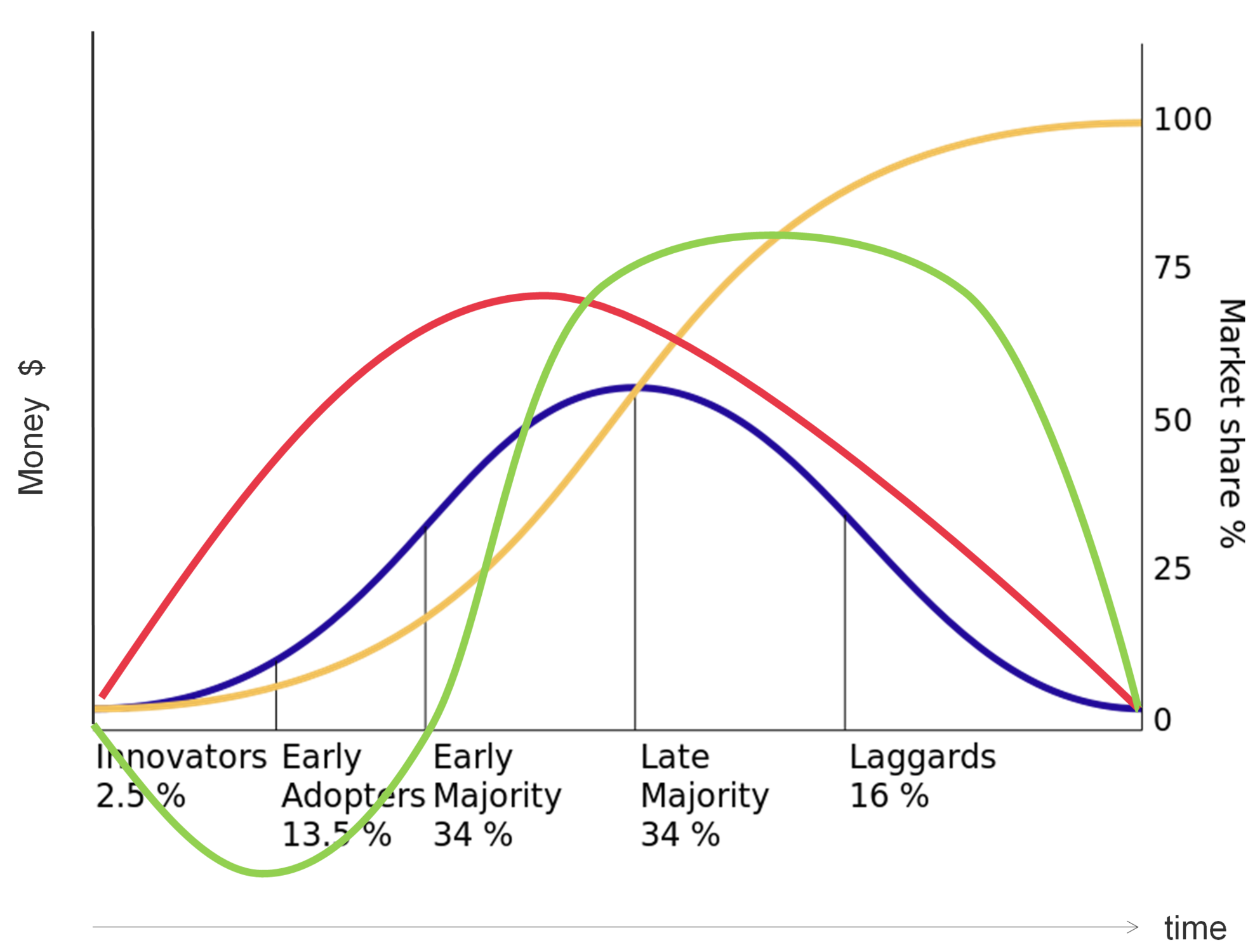 Finally, if you put the curve of innovator’s revenue on top you’ll see the whole picture of a single innovation life cycle. (Read more in How to Lower the Cost of a New Revenue Stream.)

When the Innovation Sprint is exhausted, the true dispuptive innovation steps into the door and the whole cycle repeats.

These are the basics of our Universal Cyclic Theory of Innovations.