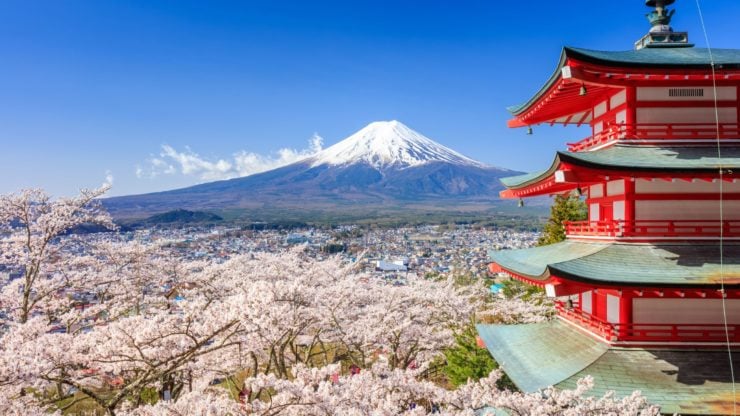 According to Japanese legends the people of Japan are descended from the Sun Goddess. Not only so, but the land itself is characterized as divine! (1). Japan is a country that provides the world with a unique blend of past, present and future and has carefully woven external influences into its own unique culture. Japan evokes images of Samurai, Ninja, Geisha, Tea Ceremonies, Flower Arranging, Sumo Wrestling, Sushi, Sake, Bullet Trains and Buddhist temples as well as the true power and destructive nature of ‘mother nature’ itself – earthquakes, tsunamis and active volcanoes.

Japan has the third largest Gross Domestic Product (GDP) in the world. From the 1960’s through the 1980’s Japan achieved phenomenal economic growth with industrial expansion across an entire range of products including automobiles (e.g., global brands such as Toyota, Honda, Nissan come to mind) as well as electronic goods (e.g., Sony, Sharp, Panasonic, etc.) and is one of the world’s most innovative countries. What’s particularly remarkable about Japan’s economic prowess is the fact that the industrial base has been built without any significant natural resources, all of which needs to be imported.

With a population of 126 million (2) Japan is aging fast. Its ‘super-aged’ society is the oldest in the world: 28.7 % of the population are 65 or older, with women forming the majority. The country is also home to a record 80,000 centenarians. By 2036, people aged 65 and over will represent a third of the population (3). Japan manages its healthcare through universal health insurance (established in 1961) to provide people with equal access to “necessary and adequate” medical care at low costs. Two key characteristics of Japan’s healthcare are that medical care is affordable and equally accessible to everyone(4).

MICRON Inc.
Micron Inc. is ACROSS Global’s Partner in Japan. Micron, has a team of Clinical Research Associates (CRAs) who have expertise in medical imaging and the largest image analysis team in Japan, has accumulated the know-how to utilize Imaging for the endpoint of clinical trials. They support many clinical trials by communicating closely with both domestic and foreign experts.

Micron also has a second-class medical device manufacturing and marketing business as well as a medical device sales business and provides integrated support from development support to sales of program medical devices (SaMD: Software as a Medical Device) that utilize image analysis technology. Micron is “a company that comprehensively researches and causes imaging trials to evolve.”

ACROSS GLOBAL
ACROSS Global is a global alliance of Contract Research Organizations (CROs) and Specialist Service Providers (SSPs) that support an ever-expanding pharma-biopharma-medical device sector. ACROSS Global is a Singapore registered company. www.across.global

CONCLUDING COMMENT
No article on Japan can ignore the majestic beauty and awe of Mt. Fuji. Japanese people refer to Mt. Fuji as Fujisan, with the word fuji standing for “immortality” and san for “mountain” in the Japanese language.